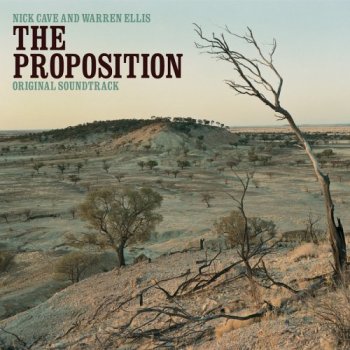 Recorded at Air Edel Studios, London.
Mastered at The Exchange

*****
PLOT: Rural Australia in the late nineteenth century: Capt. Stanley and his men capture two of the four Burns brothers, Charlie and Mike.

Their gang is held responsible for attacking the Hopkins farm, raping pregnant Mrs. Hopkins and murdering the whole family.

Arthur Burns, the eldest brother and the gang’s mastermind, remains at large has and has retreated to a mountain hideout.

Capt. Stanley’s proposition to Charlie is to gain pardon and – more importantly – save his beloved younger brother Mike from the gallows by finding and killing Arthur within nine days.
—nick-cave.com
*****