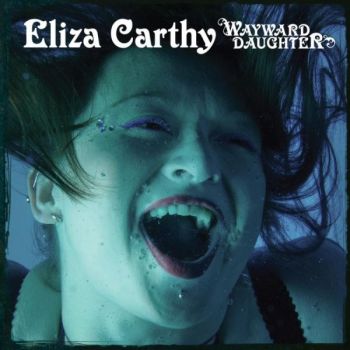 Sharing a title with her Sophie Parkes penned biography, this double CD does with music what the book does with words, document the twenty one year career of the remarkable fiddle-singer that is Eliza Carthy.

Across the thirty one tracks featuring tracks from both solo and collaborative releases as well as a number of previously unreleased ones, you get a real sense of her importance in the third folk revival.

It creates an impression that it’s arguably as important if not more so than her father’s role in the second one.

The main difference was her willingness to take the music off at a tangent, to be inspired by traditional music and to place it somewhere where you wouldn’t necessarily expect it to be, in areas such as dub, latin and even electronica as well as the more familiar rock.

As this compilation shows, it would not define her as much as she would herself.

Whilst you can hear the influence of Waterson Carthy on a number of tracks, it is her explorations with other musicians and her own bands that really give her reign, that really let’s her creativity get free.

It’s via those collaborations that she becomes her most inspiring.

The things that comes across on Wayward Daughter is that Eliza is never an artist that has stood still, she has always had a thirst for creativity, an ear for a different slant.

It’s something that has served her well when she returns to the more traditional side of her repertoire, ensuring that it is a living tradition, not a museum piece.

“Wayward Daughter” really does have something for everyone, Eliza Carthy a musician for all seasons.